Where to Start with Haruki Murakami 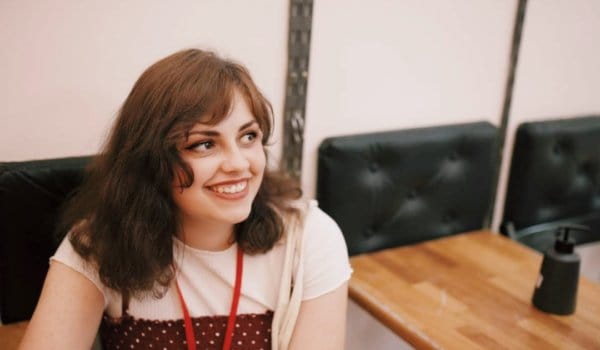 A staple in Japanese literature, Harukim Murakami is one of those authors you simply have to read. This quick guide will tell you where to start.

If you like reading, the fact is that someone somewhere has probably already recommended you — Haruki Murakami. After all, he is one of the world’s most famous authors and he claims this title for good reason. His books are both mystical and contemporary, culturally important and thoroughly unique, with unexpected depths and a true understanding of loneliness and isolation.

While he’s most famous for his magical realism, Murakami is a highly prolific author with a variety of genre-bending books. Some are maybe more intimidating than others, but all of them will suck you into his world and leave you wanting to explore even more. Here are five of the best places to start with the oeuvre of the Japanese literary icon.

Murakami’s most popular novel by far is Norwegian Wood. It’s the title that brought him to the global literary scene and it’s one of the best books to introduce you to the depth and scope this author has to offer.

Set in modern-day Japan and following our confused and wandering narrator as he recounts the events of his youth that changed his life forever, this profound story is the most accessible out of all of Murakami’s works. Tackling issues such as suicide, mental health, isolation, longing, and loneliness, it’s a portrait of Tokyo, as much as it is a portrait of our characters, young love, and trying to find out who we really are. A splendid read-through and through and one which should definitely be on your radar.

South of the Border, West of the Sun

If you’re looking for something short and (bitter)sweet to get you started with Haruki Murakami, then South of the Border, West of the Sun might be a good contender for you. Containing all of the typical Murakami elements — a jazz bar, music, melancholy, and the fragility of memories with just a touch of mystery — it’s almost a miniature prototype of what awaits you in the rest of his books.

Following Hajime, a middle-aged man who has just survived a crisis in his life, we’re reading about a character who has paused to look back and reflect upon the events that led him to the point he is at. From his childhood to the disappointment he has felt in his early twenties, South of the Border, West of the Sun embodies nostalgia, wrapped into the fading memories of first love and second chances.

Sputnik Sweetheart will bring you just an inch closer to Murakami’s magical realism. With an interesting premise and a speculative plot, it mixes the author’s perception of the real and the unreal with a philosophical thread combining the two together

An unnamed male narrator, another one of Murakami’s staples, tells us about the disappearance of the woman he’s in love with. What awaits us, however, once the story starts, is a touching exploration of what not living up to our full potential might do to us as people. It’s a novel about fear and the unknown, about knowing ourselves and asking who we would have been if things had turned out differently. Sputnik Sweetheart will keep you on the edge of your seat, but it will also ask you to face the things you’re running away from in your own head.

After Dark, one of the few books Murakami wrote in third-person, might be one of the most original and uncharacteristic novels he’s ever published. Set in only one night, from midnight to early morning, reading this short work of fiction will make you feel as if you’re in a fever dream.

With a couple of interwoven storylines constantly mixing and matching, After Dark explores different late-night encounters, with the trademark humor and vivid atmosphere Murakami is famous for. The psychological insight and mysticism, together with meticulous character work, will unnerve you as much as it will hook you from page one. It’s a secure pick for every Murakami newcomer, as well as a good place to continue for all of those who are already familiar with his writing.

For those of you who aren’t afraid of reading big books and for those of you who are ready to jump straight into Murakami’s magical realism — Killing Commendatore is a perfect way to start. Not only does this book combine ethereal elements with a contemporary setting, it also features mysterious characters, musings on art, and a heap of rich philosophical discussions.

Our main character, a famous portraitist, holes himself up in a house in the mountains. With a myriad of unexpected occurrences, some of them human, some of them seeming otherworldly, this 800-page novel will take you on a page-turning journey you won’t be able to predict. Killing Commendatore is Murakami at his best, knowing exactly what he wants to do and what kind of story he is trying to tell.

Nostalgia, intrigue, introspection, and the human experience are only some of the things waiting for you in the works of Haruki Murakami. If you’re looking for great and original reading material, take this article as a sign to give his works a shot. You certainly won’t regret it later.

5 Classics to Read to Celebrate Literature